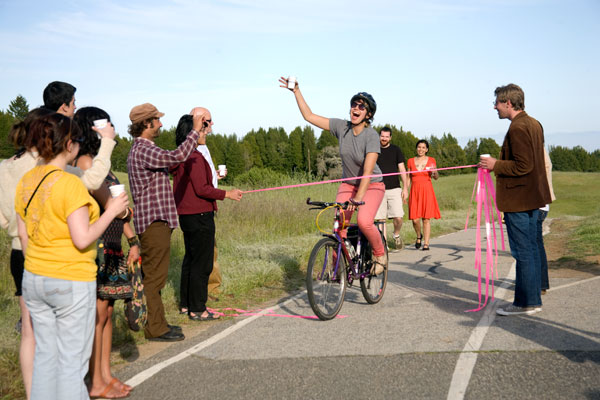 performance for the opening of building

The building collective surprised participants of the art/bike ride with tiny cups of water, orange wedges and a hot pink finish line for each rider. The ride was headed to building’s grand opening at the Digital Art Research Center. Willing gallery goers left the exhibition to come help out. 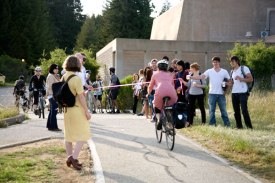 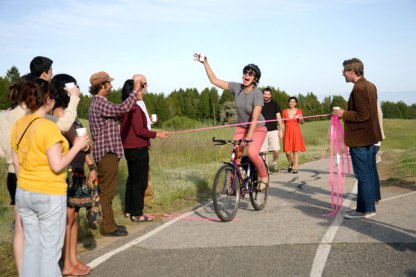 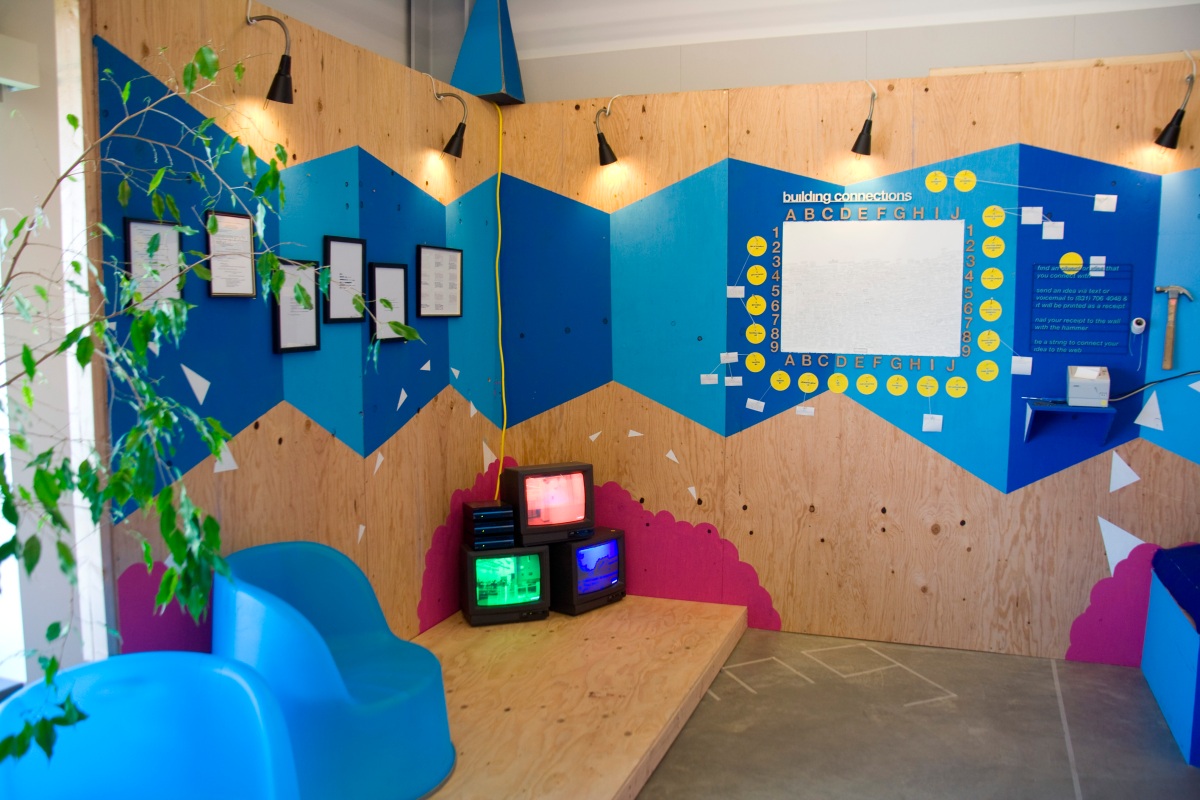 Building anything is a process. Building something good usually involves a lot of people’s ideas and labor. building is what we have called the people and the process of building something good in this building. Each Friday at 2pm, building gets together to talk, eat snacks, and make building. building builds on itself: last week’s building is this week’s built, but this week’s built is the place to build next week’s building. The interests of building include ghosts, software studies, coffee, walks in the woods, things that turn, critical spatial practice, the politics of representation, edge sites, flea markets, poesis, precarity, female-fronted punk bands of the 70s and 80s, and building. However, building interests are always building. The process of building results in traces of those interests. It also involves traces of the art/works of Nick and Kyle. All those traces are the building here you now stand. What will be building tomorrow?

Winner of the Alumni Award for Best in Show 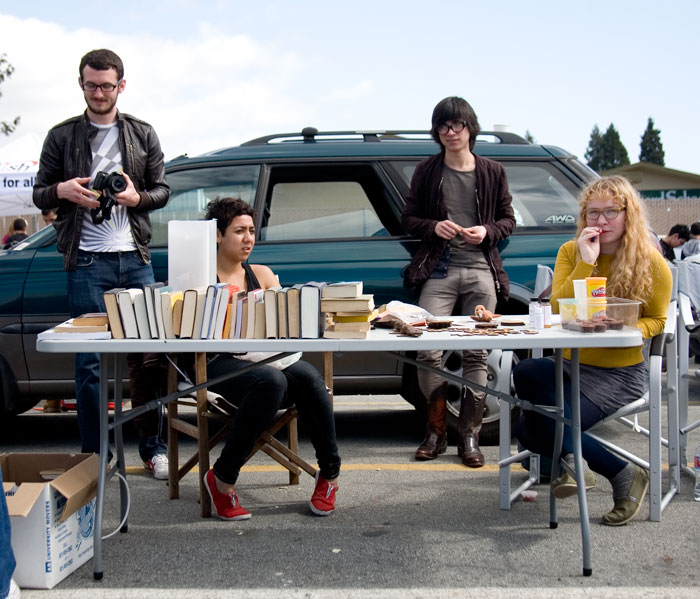 the building collective visited the Santa Cruz flea market on two occasions in February 2010. On our first outing, we attempted to buy ideas for art projects from the vendors, but found surprisingly few people willing to sell their ideas. Our revelation was that people don’t go to the flea market looking for money, they go looking for cool stuff. So for our next visit to the flea market, we set up a stall of our own, and attempted to trade some things that we had found and some things that we had made for ideas of what building should build in the new Digital Arts Research Center building.

We met a lot of interesting people, and in trade for our wares received several dozen interesting ideas. Several of these have served as inspiration for subsequent building projects, though we not have, as of yet, proven inventive enough to physically manifest any of these ideas directly in the DARC. We did, however, build an archive of the ideas and display portraits of participants, audio recordings of our conversations with them, and records of their ideas in March 2010.